Ancient Herbs to Help with Sleep Ancient Herbs to Help with Sleep

If you’ve been diagnosed with insomnia, you know first hand just how awful it can be. Whether you can’t get a full night’s rest without waking multiple times a night or you can’t even get to sleep in the first place, your evenings can be spent staring at the ceiling and wondering what in the world you could possibly do to get some rest. Pharmaceuticals either don’t work at all or work too well, leaving you groggy for hours the next day. Luckily, there’s another way, one that’s been used for literally generations: ancient herbal remedies.

What Causes Problems Sleeping in the First Place?

Sleep problems are all too common today. Much of this has to do with our modern lifestyle, as there are so many ways to stay awake and bathed in artificial light after the sun goes down that it’s exceedingly easy to have your normal circadian rhythms thrown out of joint. In fact, according to the Sleep Foundation, insomnia can be caused by high levels of stress from any source - whether it’s work, school, or a social environment, and enough stress can lead to a “hyperarousal” state that makes it either impossible to get to sleep or impossible to stay that way (What Causes Insomnia?, 2020). If you’re extremely unlucky, you get hit with both types of insomnia so that the little sleep you do manage to get is constantly interrupted!

What Treatment Is Out There for Sleeping Problems?

Treatment for sleeping problems like insomnia has been difficult for modern medical science. For the most part, medical experts prioritize the prescription of so-called “Z drugs” like zolpidem (Ambien), eszopiclone (Lunesta), and zaleplon (Sonata) to help people sleep, according to the Association for American Family Physicians (Hainer, 2017). These Z drugs are much preferred to sedatives like benzodiazepines, which, while being an older choice for treatment, have a high level of side effects and possible addiction (ibid.). Beyond pharmacological treatments, there are more holistic ways to resolve sleeping problems. With high levels of stress playing such a major component in the development of insomnia and related sleep disorders, implementing ways to reduce or eliminate stress can help. In fact, Johns Hopkins Medicine recommends a number of stress relief techniques that have been shown to work to reduce sleeplessness (Sleepless Nights? Try Stress Relief Techniques, n.d.). Beyond that, other holistic approaches such as the use of ancient herbs has also shown to be an effective way to regain some of that precious sleep you’re missing out on.

How is the Use of Ancient Herbs Different?

When it comes to unlocking the bounty of the world around us, Mother Nature has something for pretty much everything. Many of the medications we take for granted today have roots in ancient herbal medicine; willow bark, for instance, contains salicin, which would later lead to the discovery of aspirin(Desborough & Keeling, 2017, p. 677). This means that it’s impossible to just dismiss the use of ancient herbs in medicine. In regards to sleeping disorders, there are herbs that can promote calmness, contribute to better sleep, and all without the side effects that more processed pharmaceutical insomnia treatments might bring. For many who are particular with what they put into their bodies, ancient herbs are often a safer and more effective alternative to prescription or over-the-counter medications.

There are quite literally dozens of different herbal remedies that have been used by just as many ancient healing traditions around the world. Here’s a list of some of the most common ones. Some of these you may know for their more mundane uses; others may be completely foreign to you. Behind each and every one, however, is a long tradition of being used to promote sleep. Valerian Root: This herb, sold as a dietary supplement, has been shown in a number of different studies to help you get to sleep quickly and more easily. It’s been used as a mild sedative since ancient Greece and was even mentioned in the writings of Hippocrates for its calming abilities! While the National Institute of Health says whether Valerian root does what people say it does is inconclusive, it’s generally considered a safe alternative to prescription meds (Office of Dietary Supplements - Valerian, n.d.) Chamomile: Long been used in decaffeinated teas, chamomile is one of the most well-known herbal remedies for rest and relaxation. It’s also one of the most popular ancient herbs we still use today. It’s thought that chamomile’s anti-inflammatory properties, which have been well-researched over years, have a stress-reducing effect that can contribute to letting your body unwind and relax, promoting sleep (Gupta, 2010, p. 900). Hops: One of the main ingredients in the majority of beers, hops is also considered to be an ancient herbal remedy for insomnia. Today, many herbal remedies containing hops extract are paired with valerian root, as these two herbs have been paired together since ancient times and seem to have a synergistic effect. Scientists believe that hops extract can help stimulate the production of GABA, a neurotransmitter that plays an important role in regulating sleep (Hops (Humulus Lupulus), n.d.) Lemon Balm: This lemon-scented herb has more than just a lovely fragrance; it’s also got a long history of being used to treat stress and anxiety in Europe and Asia for centuries. As reducing stress and anxiety can also help you get a good night’s sleep, many use lemon balm for insomnia; in fact, medical research has backed up many of lemon balm’s claims when it comes to having a positive effect on stress, anxiety, and insomnia (Cases et al., 2010, p. 214) Passion Flower: These cruciform plants have been a staple in Native American ancient herbal medicine since before the discovery of the New World. Passionflower excels in providing you better sleep if taking it over time, something that has been borne out by scientific research into the herb’s effectiveness as an anti-insomnia treatment (Ngan & Conduit, 2011, p. 1155) Magnolia Bark: The bark of the houpa magnolia tree, native to East Asia, has been in constant use by traditional chinese medical practitioners for a very long time. It’s been used to promote calming and relaxation for a very long time, and it turns out that modern medical science has found evidence of how magnolia bark works. This particular type of tree bark is rich in magnolol, an organic compound that has been found to induce sleep by binding to the GABA neuroreceptor in the human body (Chen et al., 2012, p. 1198) Tart Cherry: Also known as sour cherries, Montmorency cherries, or dwarf cherries, tart cherry has been a popular choice for a while now. Most often consumed in juice form, tart cherry juice is not only rich in a number of essential nutrients but has also been shown to increase your melatonin levels and make it easier for you to stay asleep, providing you with better overall sleep quality (Howatson et al., 2011, p. 914) St John’s Wort: One of the most commonly purchased herbal remedies in the United States, this little herb with the big name has been used since time immemorial to treat dozens of different maladies. It’s been used for centuries to treat depression, and research has shown that, in some cases, St. John’s Wort can work as well as SSRIs like Celexa, Prozac, and Zoloft according to the Mount Sinai Health System (St. John’s Wort, n.d.). As depression is common stressor that can lead to sleeplessness, St. John’s Wort is often thought of as an excellent way to hit two birds with one stone, so to speak, by those who tout herbal remedies. Lavender: Having been suggested as a sleep aid for centuries based on its purported abilities to provide a calming feeling from its scent alone, lavender has been researched quite heavily to see if it has any of the miraculous abilities that traditional medicine practitioners claim it does. Results have varied, but there is much evidence that has been gathered regarding lavender’s ability as a mood stabilizer, its anti-anxiety powers, and its ability to provide calm - especially when distilled down to its essential oil (Koulivand et al., 2013, p. 6) Blue Skullcap: Used in both Native American and Chinese alternative medicine traditions for thousands of years, blue skullcap has been used as a sedative and as an anti-anxiety medicine in the past, and it’s thought that the herb’s ability to act as a mood stabilizer contributes to its ability to help people get better sleep. Baicalin, an active compound in blue skullcap, has been found to bind to the body’s GABA receptors, which reinforces the role it might play in treating insomnia on its own (Chang et al., 2011, p. 367). Wild Lettuce: Sometimes referred to as “opium lettuce” for its ability to provide pain relief when prepared properly, wild lettuce has been used to provide pain-relieving and sedative effects. Organic compounds known as sesquiterpene lactones are thought to be behind this process; interestingly enough, many of these compounds are found throughout the Asteraceae family of plants alongside wild lettuce. One of those plants is chamomile, already widely-renowned for its support for calmness and relaxation. In-depth scientific research into wild lettuce is not forthcoming regarding its ability to promote sleep right now, though, even though its pain-relieving properties are well-documented (Wesołowska et al., 2006, p. 257) 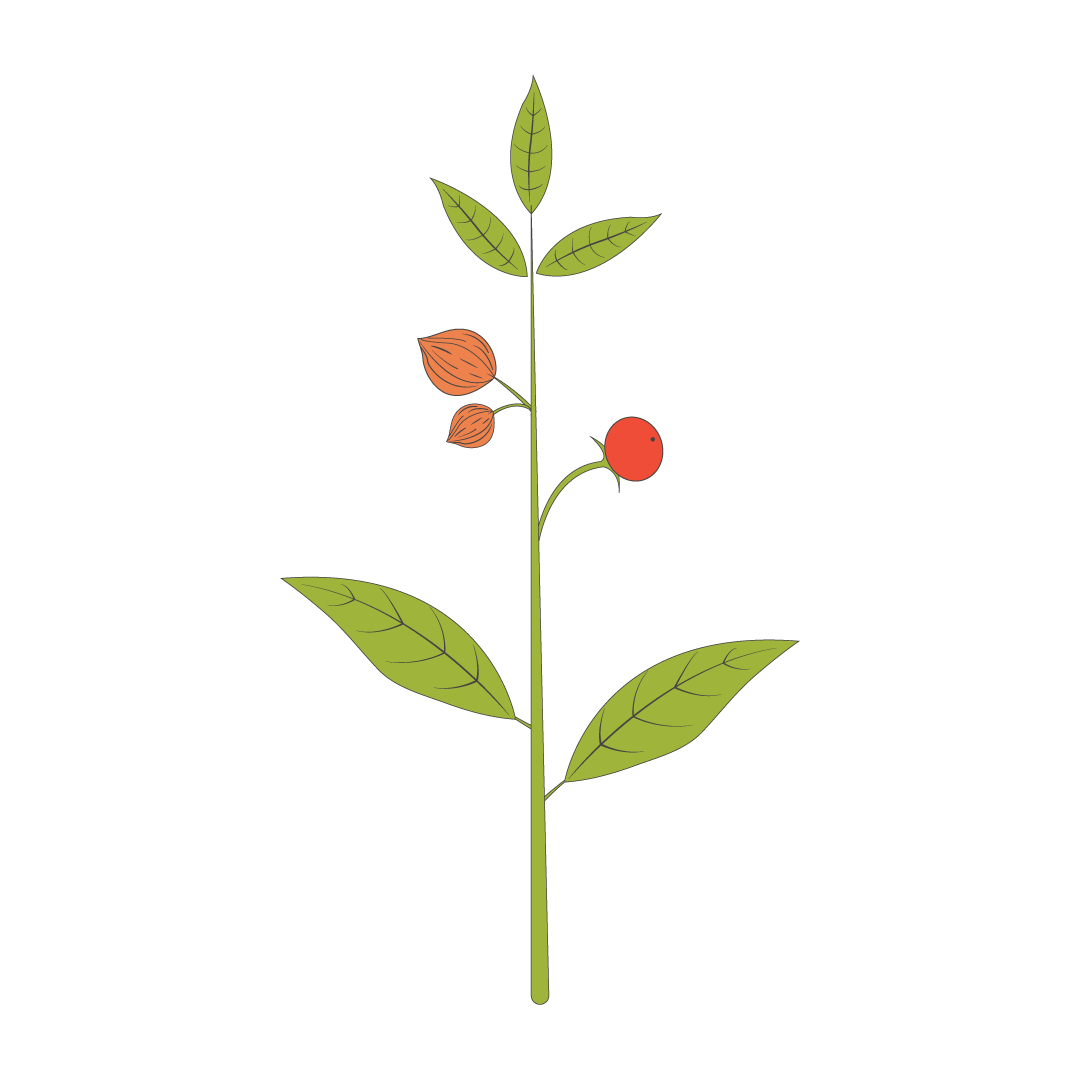 Ashwagandha: An ancient Indian herb that has been used in Ayurvedic medicine for centuries, ashwagandha has been well-researched to reveal its medicinal properties. It’s readily accepted that ashwagandha promotes sleep, considering that its Latin name is Withania somnifera, with the somni- suffix indicating sleep. What’s less clear is how ashwagandha works, though new research uncovered by the American Sleep Association has been throwing new light on these processes (Herman, 2018) Kava Kava Root: Native to the South Pacific islands, kava kava root (sometimes just called kava) has been used by Pacific Islanders for generations. Brewed into a drink that promotes relaxation by ancient herbologists, kava kava root has been shown to reduce anxiety and provide pain relief. In modern medical research, kava has been shown to reduce insomnia and anxiety better than a placebo in human trials, particularly when combined with valerian root, another herbal remedy on this list (Wheatley, 2001, p. 354)

Things to Think About When Using Herbal Remedies

At first glance, it looks like good news for anyone who suffers from insomnia after looking at the above list. There seem to be plenty of herbal remedies that might help you get a better night’s sleep! But before you rush out and start shopping for some of these remedies, it’s important to keep a few things in mind. First and foremost, remember that the herbal supplement industry is not nearly as well-regulated as the pharmaceutical industry. Concentrations of extracts and processes for manufacturing and bottling different herbal remedies can differ because of this lack of standardization, so it’s always preferable to purchase from a company you know and trust. Secondly, and this is perhaps the most important, never begin any type of herbal supplement regime before first consulting with your primary care physician. Your doctor will know best when it comes to which medications you’re currently taking and what herbal remedies are safe for you to take while on that medication. Your health is important, so work together with your general practitioner to ensure you’ll get a good night’s sleep no matter what!